by The Souljazz Orchestra 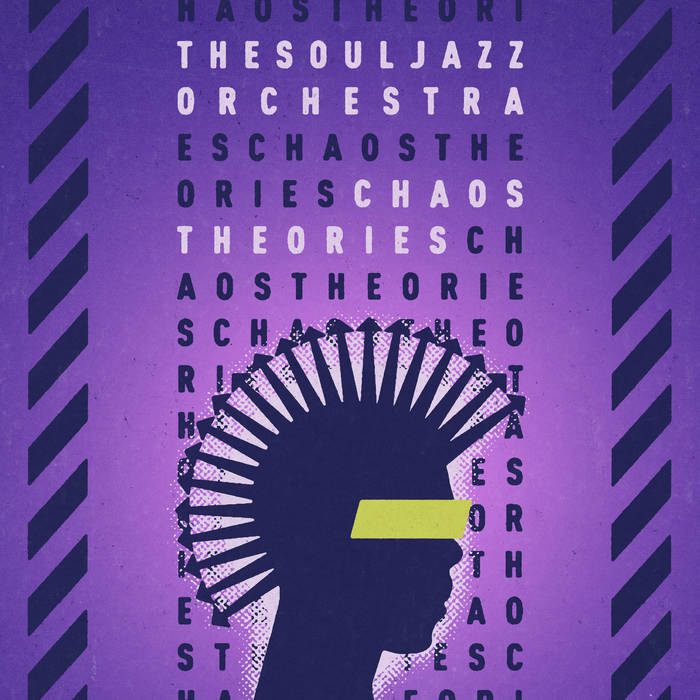 The Souljazz Orchestra return with a brand new studio album for our troubled times, ‘Chaos Theories’, released on Strut on 13 th September. Always known for their uncompromising social and political messages, the Canadian collective hit harder than ever on 9 new tracks, outing the hypocrisy of modern day politics, police brutality and the everyday struggle of the working man. Led by chief songwriter and arranger Pierre Chrètien, the band continue to evolve their sound, drawing on a broad palette from their trademark Latin, Afro and Caribbean styles to some of the UK’s political sounds of the early ‘80s, the era of The Clash, The Police, 2-Tone and frontline reggae. &quot;We were basically messing around with the idea of creating our own brand of &#39;Afro-punk&#39;”, remembers Chrétien, “something with the aggressive, in-your-face energy of punk rock or free jazz, but still backed by the hypnotic, pulsating grooves of tropical music.&quot; The album takes the listener from carefully targeted sonic missiles to more reflective thought-provoking moments. ‘Police The Police’ starts the offensive: “I wrote this after my neighbour was beaten to death by Ottawa police during an arrest,” explains Chrétien. “The authorities downplayed the incident and the officers were working the next day like nothing had happened.” ‘House Of Cards’ takes a thinly veiled swipe at the current US administration on an infectious disco groove: “lies within lies within lies… like so many Russian dolls”; ‘Boat Rockers’ challenges us all to look beyond accepted norms and ‘General Strike’ documents the frustrations of
the working class as the pay gap gets increasingly wider; ‘Slumlord’ shines the spotlight on dodgy landlords while the brilliant closer ‘Well Runs Dry’ laments modern day living, with its confused pace and mundane obsessions, remembering simpler days gone by.

Leading their field for 17 years, The Souljazz Orchestra have constantly moved forward and remain an in-demand live band worldwide. ‘Chaos Theories’ is their 9 th album, is released on LP, CD, cassette and digital / streaming and is mastered by The Carvery. The band tour Europe and Canada during September, October and November 2019.

Bandcamp Daily  your guide to the world of Bandcamp

YUNGMORPHEUS introduces his latest project, plus jams from Michael Sneed and Navy Blue